Dave was born on January 28th, 1961. Growing up in the 60’s, it seemed to him there were 2 groups of music-lovers; The Beatles camp, and The Rolling Stones camp. But in Dave’s family it was all “Simon & Garfunkel” and “The Carpenters”, until “The Partridge Family” hit the airwaves. “That was it,” Dave says, “I wanted to be a star.” “Then at 13 years old, my mom bought me ‘Let it Be’ by The Beatles for Christmas. I wore it out.” At 14 he got his 1st Sears guitar for Christmas, and promptly traded it in for a brand new Fender Telecaster. Within weeks he formed his 1st band, “Medieval”. After the tragic death of his 16-year-old guitar mentor Tim Merrival, he stopped playing for awhile. But he 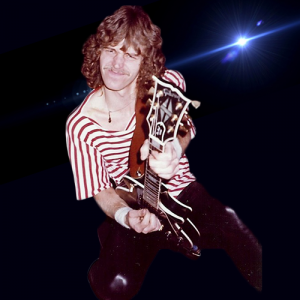 was obsessed by Ted Nugent, and it didn’t take long before he and Bob Rice, another Seattle guitarist, started a new band called “Lazy”. At their 1st and only concert they performed “Freebird” in front of a packed auditorium, exactly 1 week after the plane crash that claimed the life of Ronnie Van Zant.

Once again Dave hung up the guitar in favor of a job, cars, and girls, until a chance meeting at age 17 between his then-girlfriend, and keyboardist Doug Buell. Doug’s band “Mainline” was looking for a 2nd guitarist. The audition introduced him to Martin Smith, and the 2 of them ended up life-long best friends. At that early time the band had a very talented female lead-vocalist named Alice Guyot, as well as a revolving door of bass players and drummers, but the core of what would become Archer…Martin, Doug, and Dave, was set. Brian & Mark came along later to hold down the rhythm-section, and some personnel changes found Alice leaving, Martin taking over lead vocals, and Dave taking over lead guitar. This line-up changed the 5 of them forever, eventually sending them touring the Pacific NW for Unicam Booking Agency, landing a Management contract with it’s owner, and building a following of fans that would still remember the shows 35 years later.

In 1998 a bicycle accident left Dave a quadriplegic, 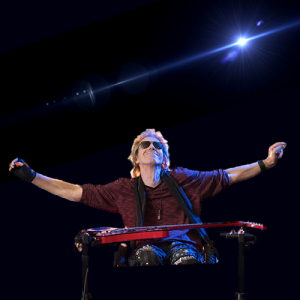 seemingly ending any chance of a much dreamed-of reunion of the original band members. But 10 years later the 5 friends got together to swap stories and catch up, and fate took over;

“Music is such a blessing…”, says guitarist Sims, “…especially when it’s been taken away from you, and then you get it back again.” “I made an assumption after my accident that I would never play (guitar) again. Pretty reasonable assumption, as I can’t walk, can’t move my fingers, and have very limited hand-function. But these guys wouldn’t give up…they were not going to play without me!” He remembers the news of Rick Allen’s accident (Def Leppard) all those years ago. “That’s how it feels,” says Sims. “Four of the greatest friends in the world, totally willing to change our music to accommodate me, rather than changing me.”

After years of business success for each of them, they found themselves wanting to perform again. But when Dave offered to “morally support” the band in their quest to play, they would have none of it…it would be all, or none. That set into motion a series of crazy events that nobody could ever dream of or make up. “I began trying to ‘invent’ a way to play again,” he remembers. As he re-learned the guitar, a local doctor who was impressed by the whole thing decided to hire the band to play live at an outdoor concert…the 1st time on stage together in over 20 years. When a news station got ahold of the story and ran with it…, “The next thing we knew, the band was booked a for a 2nd, much larger show to raise money for a cancer charity. We were asked to headline, with 3 supporting bands. From there came radio interviews with the local Classic Rock Station, and huge success at both the concert and the fundraising.” 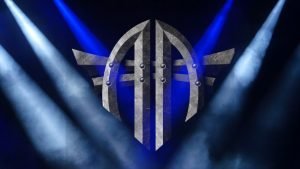 About that time Dave, (affectionately called the QuadRocker), moved to a new home that had a huge, beautiful shop…that shop ended up becoming a Recording Studio, and eventually home of “QuadRocker Records”, as well as the “Lair of the Archer”. The band is now scheduled to release 2 records, and never in life have they been closer together, written more songs, or had more fun than they do now. The band has come full circle, and finally has the success it always dreamed of…it just took a little different path than they ever would have chosen, and it looks just a little different than they ever would’ve imagined!

Dave is a huge Def Leppard fan, both of their music, and of their inspiring story of waiting while their drummer, Rick Allen, re-learned to play drums with one arm. “It is my greatest dream,” Sims says, “…to open a show for the great Def Leppard!” “I want to inspire, as they have, others with disabilities to know they can achieve their dreams!” He is also influenced by other “Arena Bands” of the era, like Journey, Styx, Boston, and REO Speedwagon. Dave has credits on numerous records from bands of different genres, for recording, engineering, mixing, and playing guitar. His Recording Studio is so successful that he barely has time for his other passions, boating and fishing Lake Coeur d’Alene. And Dave isn’t DIS-abled, he’s just LESS-abled.